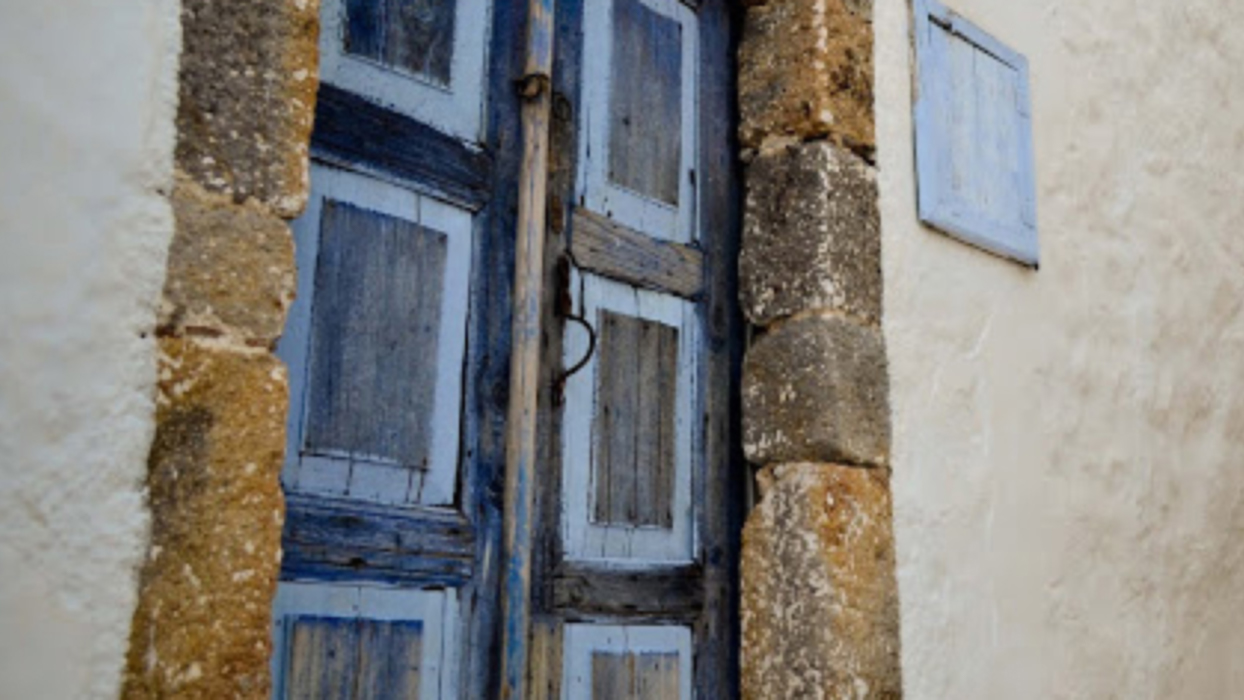 The architecture of Patmos was determined essentially by the Monastery of St. John the Theologian. The total number of houses that were built around the monastery forms a labyrinthine settlement, which thanks to the terraces of the buildings creates a transportation network. Thanks to this network the residents had the ability to quickly access different points of the settlement and support points at risk. The arrangement of the external buildings was such, that created a kind of defensive wall without any opening. Even the rich buildings were made of simple materials and didn’t distinguish externally so as to be difficult to get identified by pirates and get plundered. The safest point of the settlement was the monastery, which -strongly fortified- was the refuge of the inhabitants in case of high risk.

The mansions of the country can be classified into three categories. Initially those who were rebuilt in the 16th – 17th century outside the village, housed the feudal lords and had many open or semi-covered areas, as well as the characteristic “mantomata”. The Cretan refugees settled in the area east of the Monastery and were the first to develop an urban center: the square of Saint Levias (homonymous church) around of which they gathered.

Then, in the 19th century, wealthy merchants and captains built townhouses with view of Skala so they could monitor their ships. Finally, the houses of the 18th century that were rebuilt during urbanization are the third category and one can see them in Aporthiana and south of the monastery of St. John.

With Byzantine “ospition” as a construction model, one can find rectangular houses with bilateral internal division, while outside a small courtyard, which contains the underground cistern and the oven, is a necessary complement. With the passage of time, some houses became two-story by rebuilding on the already existing building. A characteristic feature of the houses of Patmos is the stones around doors and windows, which are usually painted gray or ocher, are called “mantomata”, and vary from simple stones in poorest homes to carved “mantomata” in richer ones. The “kantouni” that exists in certain corners of the houses is a sort of “mantomata”. The prevailing hues are green, brown and ocher, while blue is a more recent addition. From the Venetian period the appearance of Gothic and neoclassical influences is also observed.

One can see an entire neoclassical view of a building by looking the Town Hall of Chora, which is built around 1870 in Xanthos square. It acquired its modern form during the Italian occupation of the island (1912-1947).